Rat Simulator is a survival stealth role-playing simulator game set in a suburban neighborhood where you play as a rat to spread the plague across the neighborhood in order to build a rat's paradise.

No longer do you need to wonder what they get up to when humans are around, as this state-of-the-art computer simulation models the complete rat experience. As a rat, you'll get to steal food, wreck havoc and create chaos whenever you feel like it. This terrifies the humans who fear you and will fight back by calling pestmen to exterminate you.

Mess is yours to make in this survival stealth role-playing simulator, as you experience the life of a hunted rat fighting to drive out those pesky humans! 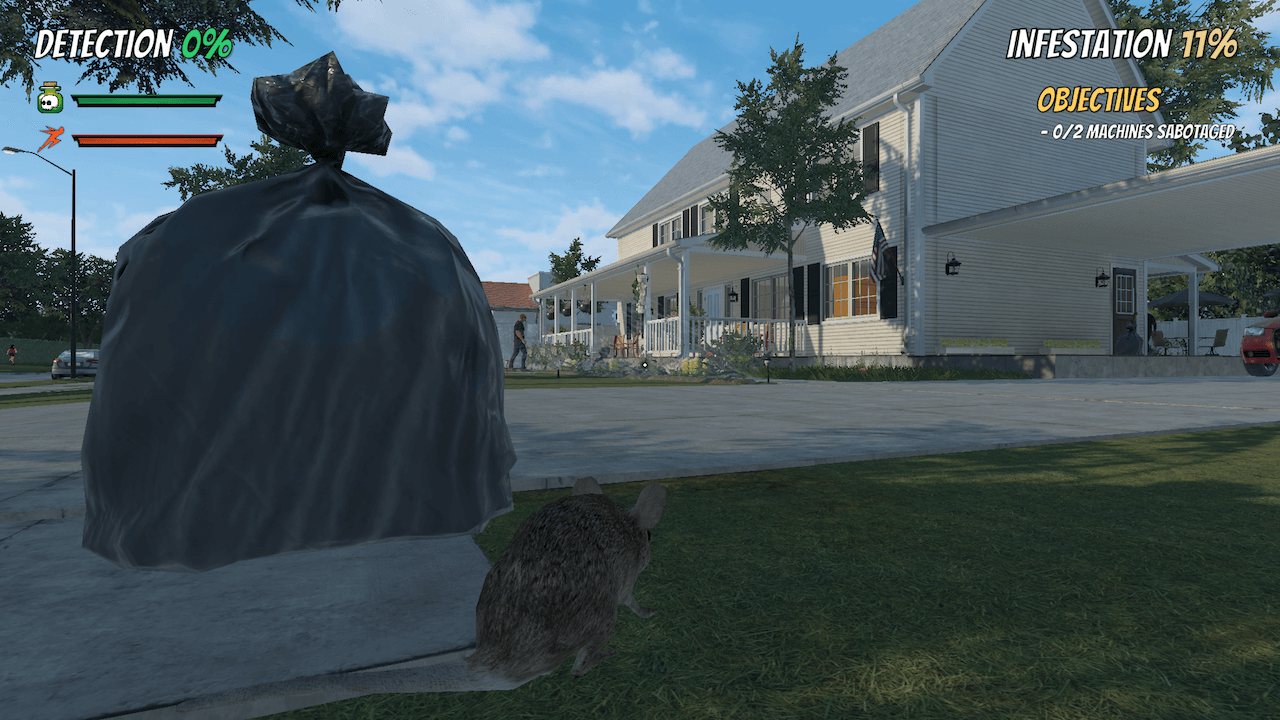 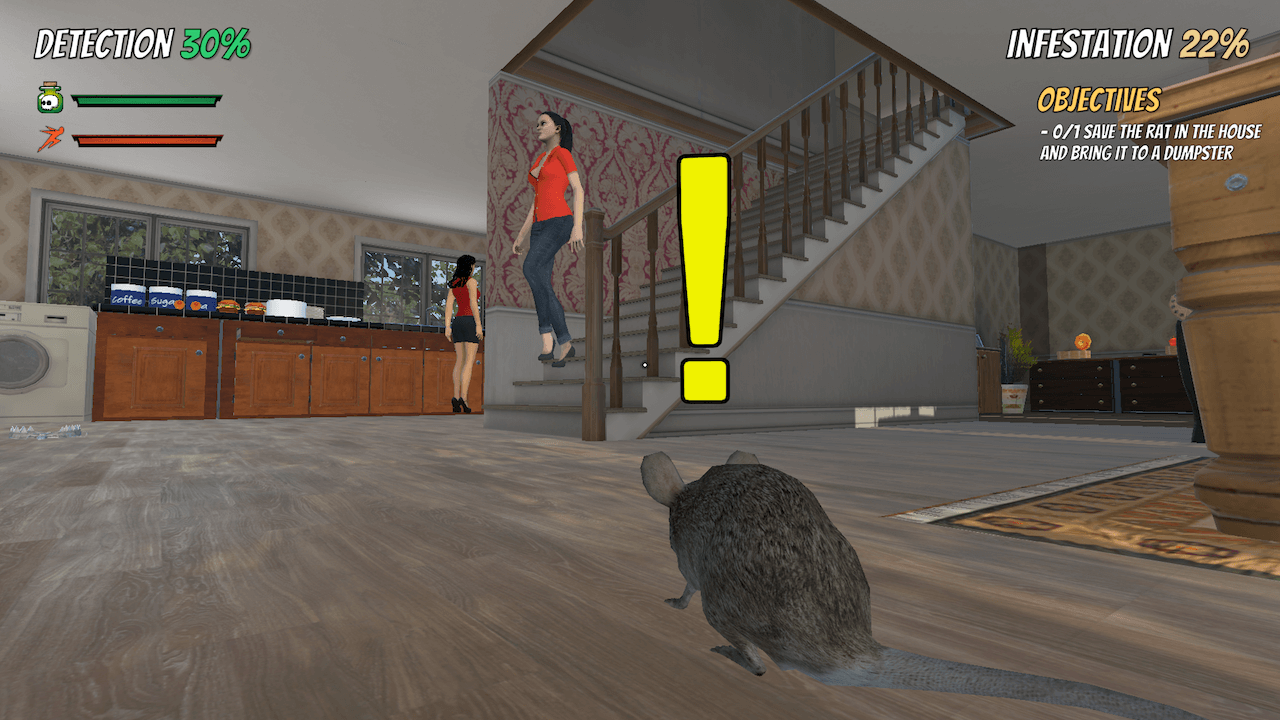 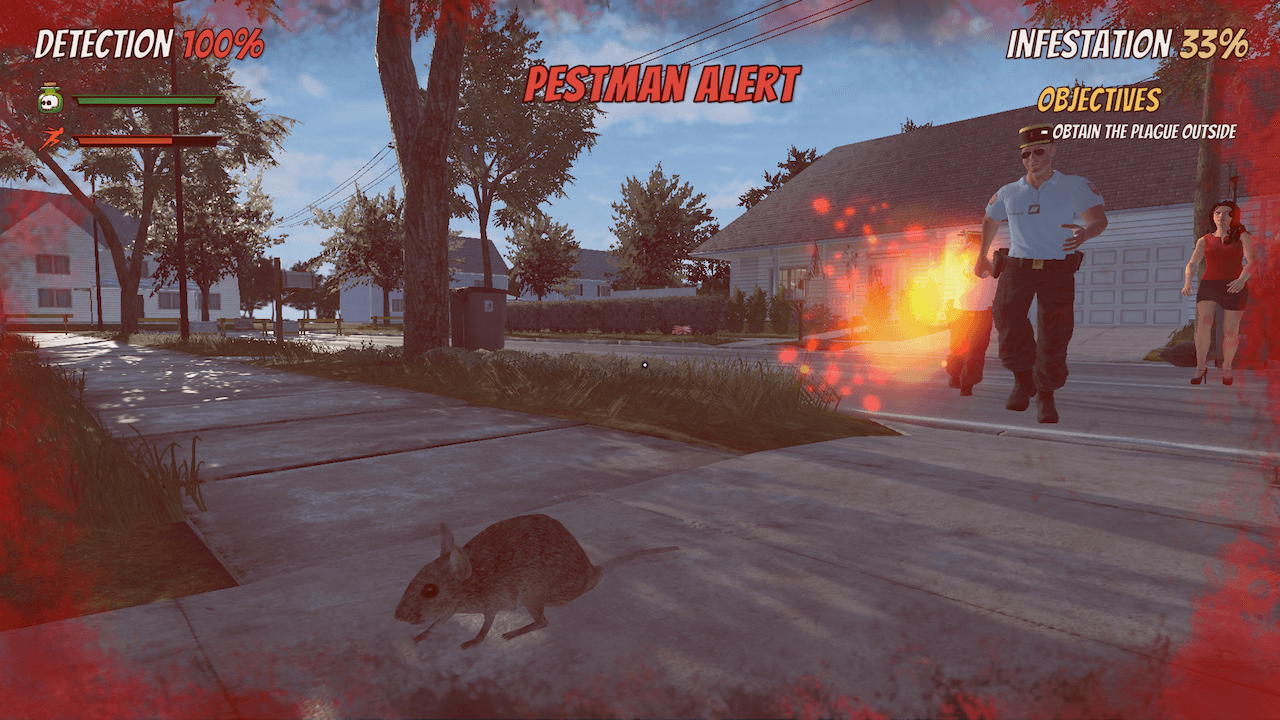 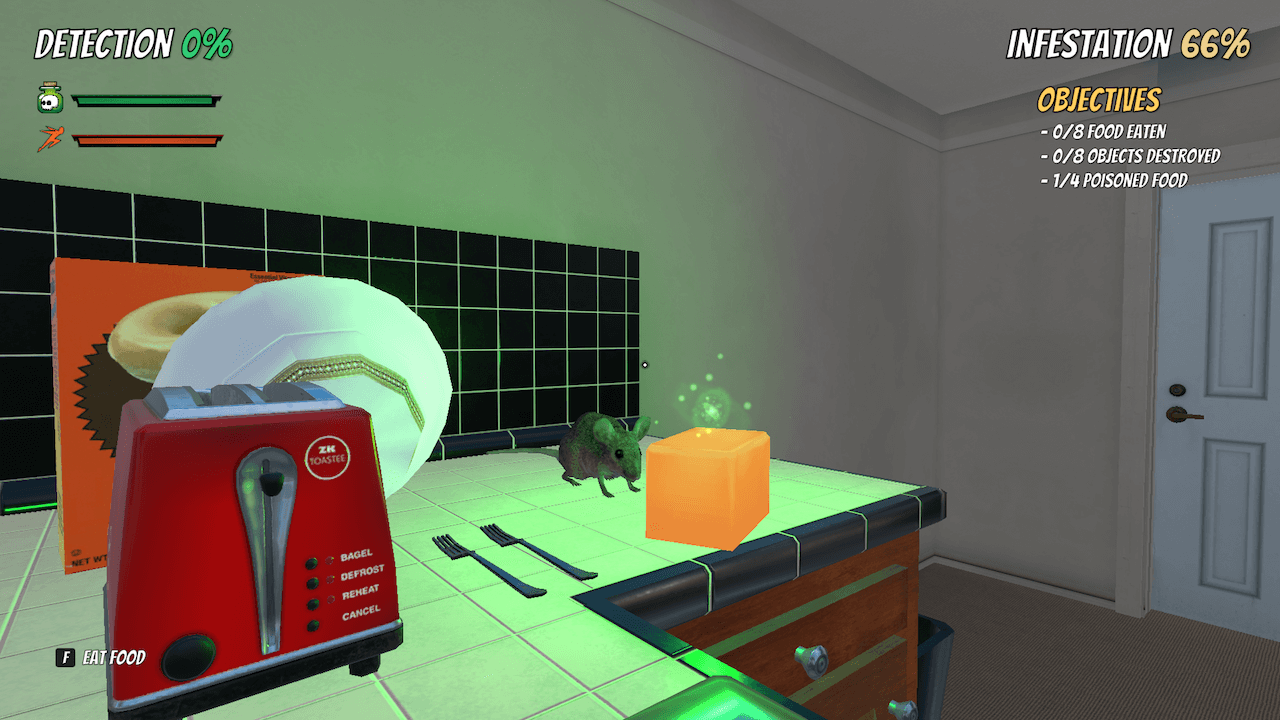 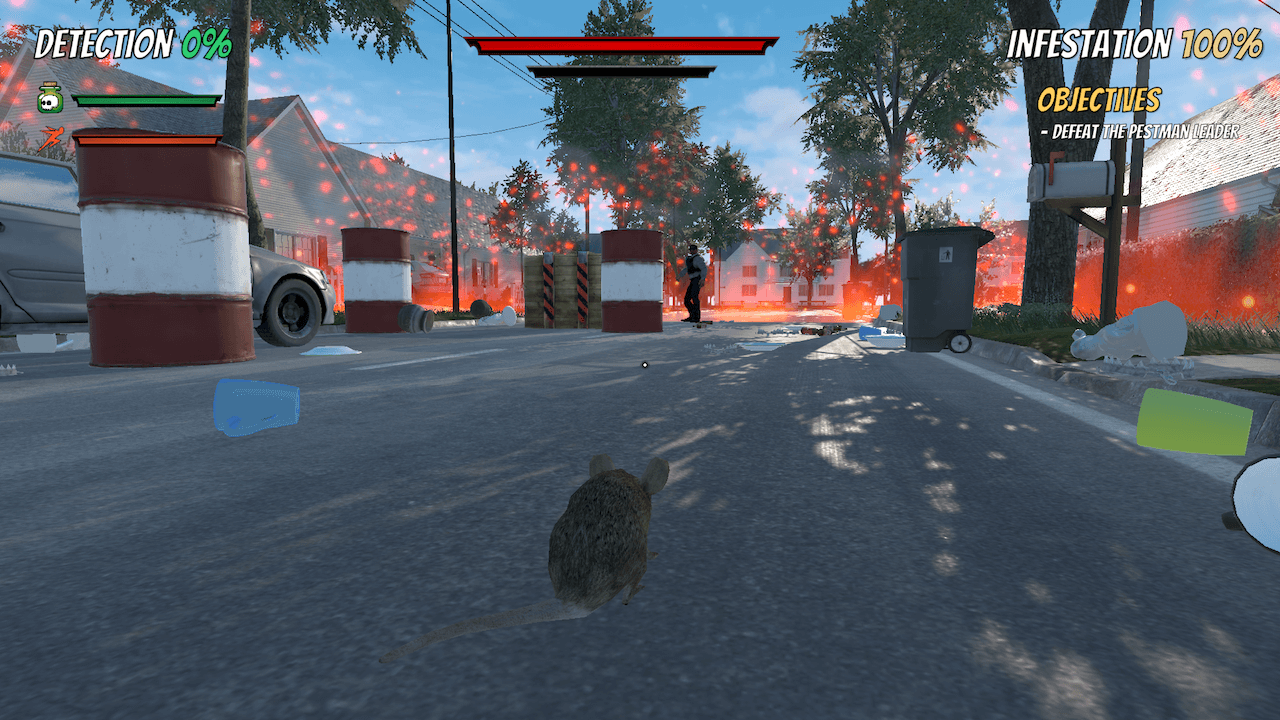 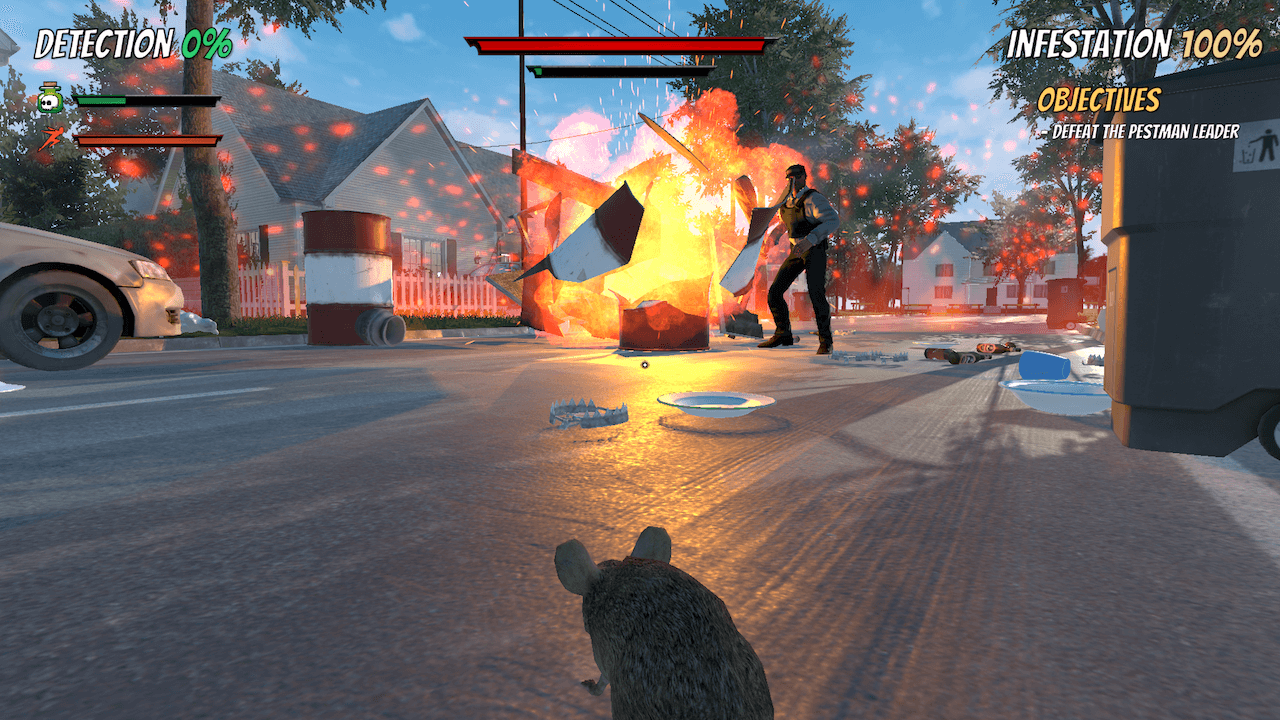